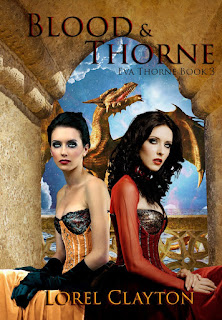 Eva Thorne thought facing a werewolf, betrayal, and the army of Death was bad. She learns there are all new kinds of evil—and more enemies, as well as allies, than she ever imagined. All of them have an agenda, and all of them want the one thing she needs to defeat the Dead God and save her world from annihilation. Can she claim the First Soul before they do?
The bad guys all want her dead. Fortunately, some want the First Soul more, and they need her to get it. They hope it will make them a god. She wants it for her own reasons. It summoned the God of Death, and it can send Him back to the Void before His armies ‘cleanse’ everything she’s ever known from existence. The last strongholds of humanity have fallen. Only the Three Kingdoms of Avian, Dwarf and Elf still stand. Eva is running out of time, because even that alliance is crumbling, and the Elf King, Fharen, is hatching a desperate plan of his own to win the war, one that sacrifices everyone Eva cares about.
Eva doesn’t want to be the femme fatale or Death’s bride, and she may be the worst pet detective ever, but surely, she can find a missing relic? The First Soul is evil, and like attracts like. Gods and monsters have sought it for centuries. She has one advantage – no one does evil quite like a Thorne. 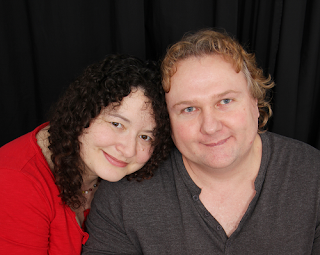 Lorel and Clayton were teen sweethearts, brought together by a fierce love of books (and hormones). Despite being married for almost 30 years, they are still madly in love and still writing. As writing partners, they meld logic, creativity, and genres. Fantasy, science-fiction, mystery, horror, steampunk, thriller, romance, classics ... they read them all, and if they can mix them they will!
Subscribe to their newsletter for a free Eva Thorne Novella and forthcoming short stories: www.lorelclayton.com/subscribe
Still reading? Want to know more?
Lorel has a PhD in molecular biology and Once Upon a Time did cancer research before turning to the dark side (aka marketing), but she uses her powers for good, helping raise funds for charity. She loves books, movies and animals, and would gladly spend all day with a cat on her lap and the wind in her hair (Conan reference there), while tapping out a story on her keyboard. Or maybe a movie script. With coffee of course. And lots of chocolate!
Clayton is an artist and has recently tackled digital painting, mostly because there’s a hyperactive six-year-old boy running around the house (their gorgeous son, in case you were wondering if that’s normal). Clayton is severely dyslexic but loves books and storytelling. He adds vast imagination and a discerning ear for effective prose to their creative collaboration, not to mention the book cover art.
Born and raised in the western United States, they traveled to Sydney, Australia in 1997 and never left, finding the sunshine and beaches of “Oz” too irresistible. Look them up if ever you're Down Under!