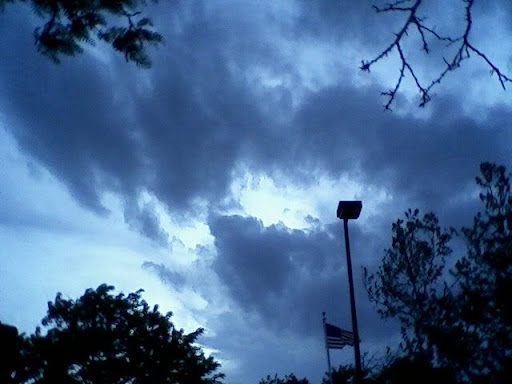 Get paid to click the ads, stop reading them for free!!

By Unknown - Friday, April 24, 2009
Still Reading Commercial Emails For Free? Receive Emails On Topics That Interests You And Get Paid For It! Get $10 Just to signup! http://hits4pay.com/members/index.cgi?Lisa2900
Post a Comment
Read more

Looking for a way to advertise more?

By Unknown - Friday, April 24, 2009
Feeling Lucky? If So, You Could Hit The List-Building Jackpot Reaching A List Of Over 20,000 Prospects Tomorrow... For Free! http://www.listbandit.com/index.php/Lisa2900 I will be updating this post...I am trying to get a good list of the sites that I have joined together and let you all look at them, see what you think and then possibly join some. As before I've said they are always free, you can upgrade with most all of them but they are free and you don't have to upgrade with any of them.
Post a Comment
Read more

By Unknown - Friday, April 24, 2009
Good afternoon, I hope that you all are having a great day. TGIF!! I have a busy busy weekend ahead of working like crazy getting things done and spending tomorrow with my daughter as a mother/daughter day :) Were going to see the Hannah Montana movie :) Can't wait!! Hope you all are doing great, if your looking for some places to place your ads for your existing business please take a look at some of the sites that I have joined, they are doing pretty good with the ads and they are FREE and most let you post once every 24 hours and do you know that they actually work and get people to visit your sites!! As the reward/incentive for placing your ad, when the people click on there they get more credits and that allows them to post more ads and do things with the credits and even earn money. So be sure to check out the blogs about posting ads on the different sites that I'm going to list. It helps and it works to get the word out there. I am a clicking fool when it comes to the a
Post a Comment
Read more

Check out this 7 minute video and get your 1 million leads!

By Unknown - Thursday, April 23, 2009
Good evening everyone. I hope that you all are having a great day/night. This week has seemed to just fly on by for me. First off, let me introduce myself. My name is Lisa, I am a stay at home and work at home mom of 4 wonderful kids. We live here in Oklahoma. I have been a work at home for about 5 years now. I have worked for 1800flowers.com which I loved, working as a customer service specialist. And I am now working for a different company that I love as a part time customer service care specialist. I work part time during the week when the kids are in school which is great. No time taken from them. I enjoy spending time with my kids, blogging, playing games on the pc and listening to music. This business that I am going to tell you about, I just got into it myself and I enjoy it very much. There are actually people that are willing and wanting to help you with it. They do training sessions through webinar and phone calls weekly. You won't be left in the dust with this company,
Post a Comment
Read more

Are you looking for leads?

By Unknown - Thursday, April 23, 2009
Good evening everyone. I hope that you all are doing great. Please take the time to click on the title of this blog and get signed up today and get your 1 Million Leads Today FREE!! You can watch a short 7 minute video here When you watch it, you can get your free leads!! Isn't that great. Just listen to a little video on how you can join for FREE today and start making money today!!
Post a Comment
Read more

Looking for a great autoresponder?

By Unknown - Wednesday, April 22, 2009
Hi everyone, do you have a business where you are getting alot of business and you need some help with it? Well have you thought about an autoresponder?? It can help you more then you might think and its pretty easy to set up. Check out TrafficWave
Post a Comment
Read more

Get your FREE leads today!!!

By Unknown - Wednesday, April 22, 2009
Hey there everyone, are you looking for some great leads but having a hard time finding some or when you do, you find out that either they cost way to much or they are junk and most of them undeliverable?? Well check this out, I will give you 20K leads FREE!! Click here to get your FREE 20K leads today!!
Post a Comment
Read more

How do you get your visitors to return??

By Unknown - Wednesday, April 22, 2009
Let’s look at what you usually do when surfing the web. You see a site you like and start to read it. You are thinking about what a great site it is and if you really like it you bookmark it so you can come back again. Then something interrupts you, it may be the dog barking at a neighbor or one of the kids starting to cry and you are called away. What happens when you get back? You have forgotten what you were looking at and what are the odds you’ll ever use the bookmark to go back? Want to find out? Go click your bookmarks right now and see if you can even remember what half of them are for. I know I can’t. Your site visitor is no different then you are. No matter how great your site is things constantly distract people and your visitor is gone. Now if the site you visited had used a squeeze page and made you an offer of interest, they would have a way to contact you. When they email two days later you remember the great report they gave you and open the email to see what they h
Post a Comment
Read more

I like this one to but you can't read it to good sometimes on certain words, its to little. Now if I do it this big, its all right. Well I just got done watching Amazing Race, I liked it. I can't believe that, that one girl called that deaf boy the "B" word!! There was no since in that. That is just ridiculous. Anyway, I liked the show, enjoyed watching it. I am rooting for the brother and sister and for the mom and the son. After the show I switched it over to LMN Lifetime one of them had the Natalee Holloway story on it and I have been waiting awhile for that movie to come on, so I flipped it on over there, swore that it said it was coming on at 8, but apparently I was wrong because I saw the 2nd hour of it and that was it. I feel for that mom so much. Then the movie that came on after that was called A Little Girl Lost and the mom believed that her daughter was out there. Believed had faith and hope and never gave up and by the Grace of God she
Post a Comment
Read more

Good early evening everyone. How are you all doing? I am doing pretty good. Fixing to turn it on and see if Amazing Race will be coming on, on time tonight or late as usual. My supervisor text me and asked if I could work from 2-6:30 tomorrow night so I am and that will put me as having more time in the morning to go to Chris' school for the 10:45 meeting and that will put me and Leon as not having to rush to get back home for me to work at 12:30 now, so that's nice. So now we can go to Ross if we want to or wherever and get Sean some jeans and Leon a pair of jeans since he tore a pair the other day....oh yea it was funny as all get out!! I will have to blog about it here in a few or later on tonight. So I hope that you all have a great night and upcoming week. More to come definitely later on...hugs
Post a Comment
Read more

By Unknown - Sunday, April 19, 2009
Its nice and cloudy and cool here today and the emp is in the lower 60s like 63 or so..sun is trying to peek out but no such luck for more then a few seconds so far. Have a great day.
Post a Comment
Read more 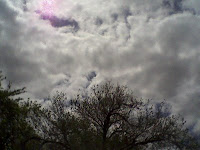 Good afternoon everyone. Wow what a weekend I have had so far. Yesterday was all right, mid afternoon/early evening I decided since Jared was over at his best friends house and Jesse was still fixing up her room to stay home and I walked to the store and got a bottle of the Boones Strawberry Daquiri..it was pretty good. I drank about half the bottle or so. Saved the rest for later on sometime. So that was a nice little something I've never really done before. Leon tended to the kids while I took an hour or two nap. Then I got up around 9 or so and was chatting online and had fun til around 1 or so and couldn't stay awake any longer. This morning I woke up and got up and me and hubby went to the laundry mat and got the laundry done..yay fun! So that was entertaining. The kids stayed home with Jared and he kept an eye on them, they were good. Jesse is playing with the little kittens, Jared is in his room texting and watching TV and the other 2 are outside. Not
Post a Comment
Read more
More posts