Enter for a chance to win the Gorsun's Multi-function Stereo Headphones Giveaway! 3 Winners!
About the headphones If you need a pair of headphones for yourself or someone you know this is the perfect pair. The Gorsun GS-785 headphones are under $20 and they actually sound great! You can use these for your phone, laptop, MP3/MP4 players and anything that takes a 3.5 mm interface. They are foldable, adjustable, comfortable and have a mic. These are available in four colors: blue, pink, white and blue. Easily switch between calls and music on your phone, no need to reach for your device. It isn't too soon to start thinking about Christmas gifts. Did you know 46% of people start their Christmas shopping before Halloween? They are adjustable enough to fit kids and adults. You can read my entire review about these headphones here.
Can’t wait to see if you won, you can purchase these very affordable headphones here. Sponsor: Gorsun Follow Gorsun on Twitter. Host: IMHO Views, Reviews…
Post a Comment
Read more

Welcome to the Happy Halloween Giveaway! Nothing scary about this giveaway! 4 Winners will win over $1,000 rv of prizes! Hosted by:Michigan Saving and More Co Hosted by: Tales From A Southern Mom Sew Crafty Angel Java John Z’s PaulaMS’ Giveaways, Reviews, & Freebies God’s Growing Garden Heartbeats~ Soul Stains Simply Sherryl Deliciously Savvy LivingWithBeth.com Holiday Contest and Sweeps I want to thank all the wonderful bloggers that help promote these contests! Please visit and follow them so we all can have great contests for our followers! WE ALSO WANT TO THANK OUR AWESOME SPONSORS – PLEASE SHOW THEM SOME LOVE! Remember: You are not eligible if you have won from any sponsor in the last 12 months, this includes contests on other websites. IntelliARMOR –Hardened Glass Screen Protector – See review HERE. IntelliARMOR – IntelliSMART 5A 4-Port USB Wall/Travel Charger – See review HERE. IntelliARMOR – Smarter iPhone Case – See review HERE. Kobert International – Waterproof Case (Deluxe Pro Editi…
Post a Comment
Read more 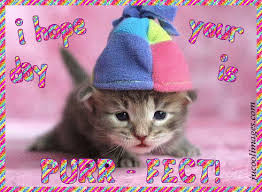 Good afternoon everyone, hoping you all are having a great day/week so far. Can't believe that its the end of September already!! Where has this month gone too?? And here we are coming into the start of the holiday season.
I am trying to get together some awesome things for a Gift Guide this year as well as getting involved with more Giveaways and Blog Hops. So if you know of any great Blog Hops coming up please be sure to share in the comments below as well as any awesome Blogger Opps for upcoming Giveaways - either a comment or you can email me Lisaqueenofrandom@Gmail.com I would love to help out with any of them. I love to get more and more involved.
Thank you in advance for anything that you share with me, greatly appreciate it!! Have a great rest of the day/week and month!
Much love always - Lisa Queen of Random

LISA-QUEEN OF RANDOM claims no credit for any images posted on this site unless otherwise noted. Images on this blog are copyright to its respectful owners. If t…
Post a Comment
Read more

So there were plenty of "omg-did he really just say that??!!" moments for me in the debate...Although somehow when I looked at and voted on who won the debate last night the winner in about half a dozen polls said Trump did! That was last night - haven't looked at them today! My thoughts on that are you flipping kidding me? I mean really a man that states that "he's smart" for NOT paying his taxes!!! Because he doesn't agree what the government does with the taxes - okay AND???? And someone that calls people names and interrupts them not only interrupted Hillary but also the mediator are you kidding me ?? How in the world do you figure a man with NO manners and RUDE won?? If that is what this country is coming too then I am even more bound and determined to LEAVE and go somewhere else where we don't vote idiots that don't pay people for doing work for them and admits it and doesn't pay taxes! Last time I checked EVERYONE has to pay taxes so …
2 comments
Read more

Register to vote - get involved! 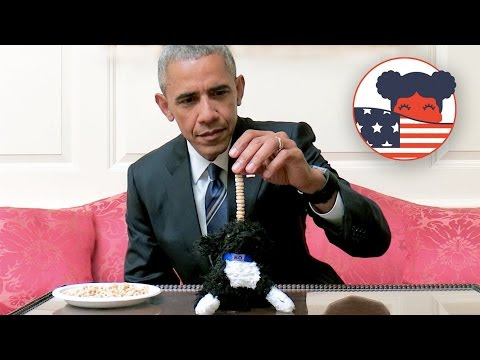 If you aren't already registered, what are you waiting for? Take the short minute and a half or so and register!! I'm a proud woman that is registered and I will be voting this November! Please register if you would like to whine and gripe and grumble about this that and the other than do something and have a say and vote! 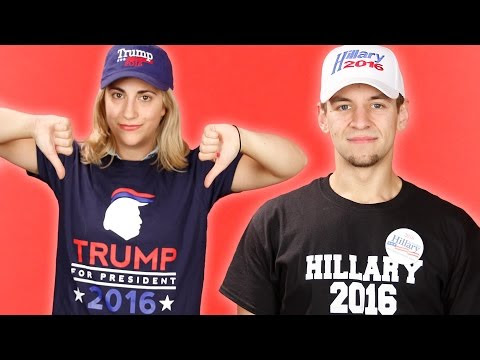 And these are two young adults...I think that they got their eyes opened to a few things and I think that if we all did this that maybe we would too...So I just wanted to share...

I'm going to be Live updating this as it goes on...just my thoughts and opinions of things being said!

The before thoughts on the debate...I agree with one person saying that Clinton needs to "Quote the Republicans" seeing that there are 50 plus Republicans that aren't on his side, that says allot in my mind.

And it's almost time...let's get this show on the road!

This is a dead heat tie...wow...going to be close no matter what happens but tonight will take a toll on each of them in my thoughts.

Jobs-equal pay, more jobs, profit sharing, up min wage. I wasn't aware by Trumps words that people are "stealing" our jobs its the companies HERE in the US that are responsible for GIVING our jobs to the other countries! Trump-25 million jobs?? Bringing that many? I doubt that! Why is he going on against China??? What incentives are they giving? And why is he keep bringing up Mexico?

At least Clinton states EXACTLY what she plans to do not goes around it...H…
Post a Comment
Read more
More posts