Welcome to the Spring For Giveways Giveaway Hop brought to you by The Hopping Bloggers ! Hosted By: Mama Smith's & Women and Their Pretties Co-Hosted By: Everyday Life Each giveaway has a value of a minimum of $15, however some are worth much more. Be sure to enter to win all of them because there is no limit to how many you can win. GOOD LUCK! If you're a blogger looking to connect with brands: Join The Hopping Bloggers database and get started today! If you're a brand looking to work with a network of professional bloggers: Check out the creative campaigns The Hopping Bloggers has to offer! Thank you for stopping in today!  Enter below for your chance to win your choice of $25 either Amazon GC or $25 paypal cash Entry -Form Tweet LISA-QUEEN OF RANDOM claims no credit for any images posted on this site unless otherwise noted. Images on this blog are copyright to its respectful owners. If there is an image ap
4 comments
Read more 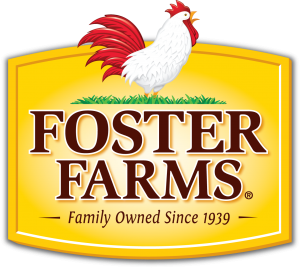 College basketball tournament time is tipping off soon and that means following along with your brackets, rooting for your favorite teams, and putting out your favorite foods to watch all the action. I know for my crew around here eating and watching sports just go together! There is always food and drinks around, and with Foster Farms corn dogs we get special with the dipping sauces. We put out all kinds of little dishes that are filled with dips for the corn dogs, barbeque sauce, ranch sauce, hot mustard, ketchup and even some unique ones like honey. Even when your brackets get busted everyone around the TV can still be a winner when you serve Foster Farms Corn Dogs or Mini Corn Dogs. They’re the ultimate “Snacktime Bracket Busters”! #FFBracketBusters I love that the Foster Farms corn dogs come in three great flavors- Honey Crunchy , Jalapeño & Cheese and Chili Cheese , plus a 40-ct box of mini honey crunchy corn dogs. They serve up fast and are made with
Post a Comment
Read more 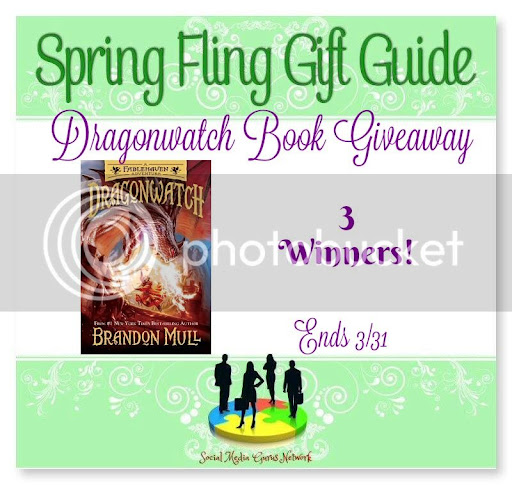 Welcome to the 2017 Spring Fling Gift Guide Dragonwatch Book Giveaway! 3 Winners!!! This contest is hosted by the Social Media Gurus Network ! Michigan Saving and More Deliciously Savvy Tales From A Southern Mom Heartbeats ~ Soul Stains Welcome To My Kitchen Life in a House of Testosterone Bohemian Babushka Here We Go Again ready My Silly Little Gang Mom Are We There Yet Java John Z’s Giveaway Gator SaraLee’s Deals Steals & Giveaways My Itzy Everyday Gizmos Sweeps & Views Mami’s 3 Little Monkeys alwaysblabbing Ronda Writes PaulaMS’ Giveaways, Reviews, & Freebies Missy’s Product Reviews Stingy, Thrifty, Broke Bargnhtress ~~~~~~~~~~~~~~ Dragonwatch: A Fablehaven Adventure by Brandon Mull In the long-awaited sequel to Fablehaven, the dragons who have been kept at the dragon sanctuaries no longer consider them safe havens, but prisons and they want their freedom. The dragons are no longer our allies... . Available
Post a Comment
Read more

Welcome to the $100 Dropprice Amazon Gift Card! Dropprice is an innovative startup that rewards moms for being social. Essentially, they empower moms to drop prices of kids & baby products with a click. The price continues dropping as more moms click “Drop the price”. Every week new promotions are launched and moms drop prices by sharing them on social media. See the chart below to understand the power moms have and how important it is to share with other moms.   In today’s promotion for the PRIMO LapBaby, it started out at $35.00 and for each mom that clicks, the price drops a bit. The price will continue to drop for each mom that participates.   You can choose to share on social media to get more moms to click “Drop the price”, or you can “Buy Now” at the current price. Keep in mind that when the price gets low, they usually sell out and you will no longer have the chance to buy that item. As an added bonus every item on Dropprice ships for free! Do you want to give
Post a Comment
Read more

The Origins of Benjamin Hackett by Gerald M. O'Connor Genre: Coming Of Age All families have secrets. Most go untold… In the summer of ‘96, Benjamin Hackett has come of age, technically. And in the midst of the celebratory hangover, his world is whipped out from under his feet. His parents have finally shared their lifelong secret with him; he’s adopted. At the age of 18, the boy still has some growing up to do, and with the help of JJ, his loquacious consigliore and bodyguard, he embarks on an adventure that’ll put to bed a lifetime of lies. Over the course of five days, they find themselves caught up in the darker side of Cork. But when they sweep through the misfits blocking their way and finally discover the truth of it…now that’s the greatest shock of all. The Origins of Benjamin Hackett is a tender tale of heartache and displacement told through a wry and courageous voice. Set in Ireland, it’s a timely reminder that the world hasn’t
Post a Comment
Read more

Unsevered by Traci Sanders Genre: Romance, Supernatural "Five stars have never made me feel like this. Where are my Kleenex?" Allaina Daniels   A gripping story of love found, lost, and rediscovered in a magical way. Jewel has met the man of her dreams … the one person with whom she’s meant to spend eternity. Harley is charming, charismatic, and although he can’t carry a tune in a bucket, he’s the most gorgeous man she has ever laid eyes upon—especially in his U.S. Air Force uniform. Just days after the couple returns from their honeymoon, Harley is called to active duty in the Middle East. Jewel is heartbroken but determined to adapt to her new life as a military spouse and support her husband. Her plan is short-lived when Harley is killed in action just days after his deployment. Unable to cope, Jewel withdraws from her family, friends, and the world around her, until Harley visits her with a message from the beyond. Will Jewel surre
Post a Comment
Read more

Title: One Final Breath Author: LK Collins |  @authorLKCollins Release Date: February 27 2017 All Graphics Made by: Prezidential Visions | http://prezidentialvisions.weebly.com/ http://bit.ly/2lKwEWE  One life. One choice. One love. Sometimes it’s all we get and one moment could change it all.  I hate the number one—it haunts me; my every waking moment is a constant reminder of what I lost.  One day, I met a guy and I fell in love.  He asked me one question…I said yes.  Our life was perfect…until one day everything changed.  I watched him slowly slip and fade away.  The one person I loved, my best friend, my partner, my everything, was slowly dying right in front of my eyes.  The doctors said he had one year left; he only lasted one month.  As I held on to his hand, he took one final breath and slipped from this world. Leaving me; one woman, one broken heart, one child to show the world to
Post a Comment
Read more
More posts