SodaStream is an innovative company always expanding and re-engineering their awesome products with consumers needs in mind. Read my review of the New SodaStream Source for more information on how they are constantly improving.

Good luck to everyone that enters this pretty cool giveaway. I have always wanted to try one of these, maybe one day I will get the chance too. 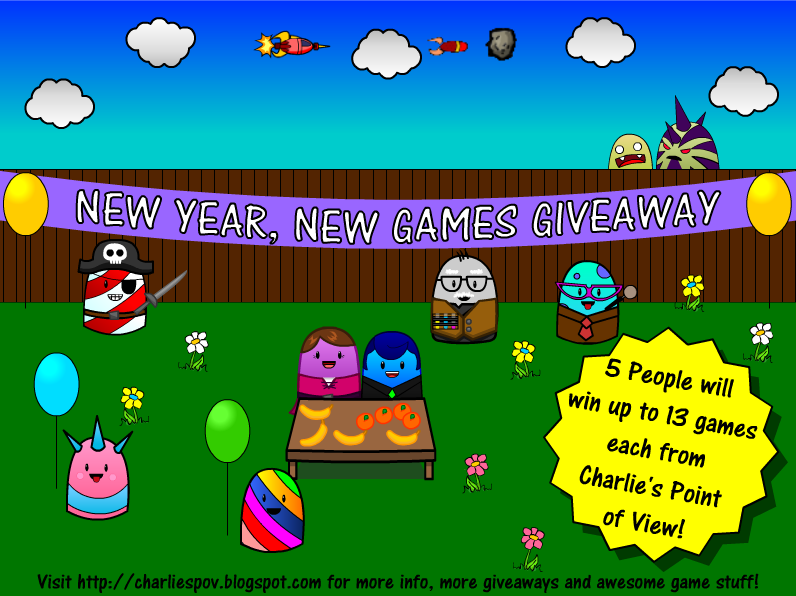 Thanks to the generosity of some fantastic indie game developers, I still have quite a few games to give away left over from the Christmas game giveaway!

Five lucky people will win up to 13 different games each. First place is worth just over $100, and the grand total of all the prizes is a little over $300.

The Games!
The games below are listed by the lowest place winner that will receive them. 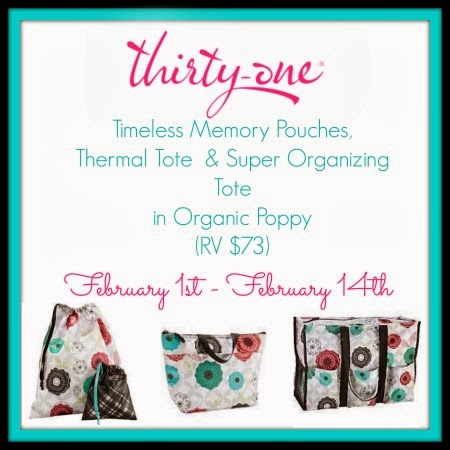 
Hosted By: Simply Southern Couponers & Tales From A Southern Mom Co Hosted By: Sweet Southern Lovin, Romania And Mission, Sweepstakes Fanatics and The Thought That Counts Blog
A special thanks to all of the bloggers participating and helping promote this event! This giveaway could not be possible without all of them, so be sure to stop by and send them a thank you.
This looks like a great giveaway!! Who doesn't need a new set of luggage?? I do!! I need a new set for my trip coming up to Rome in April!!
**Giveaway Details**
February 1st - February 14th at 11:59 PM EST. Open to Continental US residents only. Must be 18 years of age or older to participate. Prize: One lucky winner will win Thirty-One's Timeless Memory Pouches 1 Large & 1 Small , Thermal Tote and Super Organizing Tote in Organic Poppy Pattern! (ARV $73)
**How to Enter**
Enter using the Entry Form below. By entering you agree to abide by the Terms and Con…
Post a Comment
Read more

You Deserve It Valentine's Giveaway!!

Welcome to the You Deserve It Valentine’s Giveaway! Hosted by: Savory Savings & Gloriously Green Gal Sponsored by: Maggie Bags, Moody Sisters, Slim 45 and Artisan Scents Co-hosted by: Monica’s Rants, Raves & Reviews, Dividing by Zero, Lisa – Queen of Random, and The World of ContestPatti

Hey ladies!  Valentine's Day is right around the corner and sometimes, we have to stop the "dropping hints" act with our significant others and just take care of ourselves!  That is right - with this giveaway event, we want you to realize that YOU DESERVE IT!  So we are bringing you so fabulous and fun prizes to win!

(Men, if you are reading this - take note, these are fabulous gift ideas for your special someone if you need some hints!)

Prizes include (links will take you to the reviews that Krista from Savory Savings and Gloriously Green Gal shared!):

Campus Tote from Maggie Bags - this fun and functional purse made from upcycled seat belts can work for day to day, or be dres…
Post a Comment
Read more 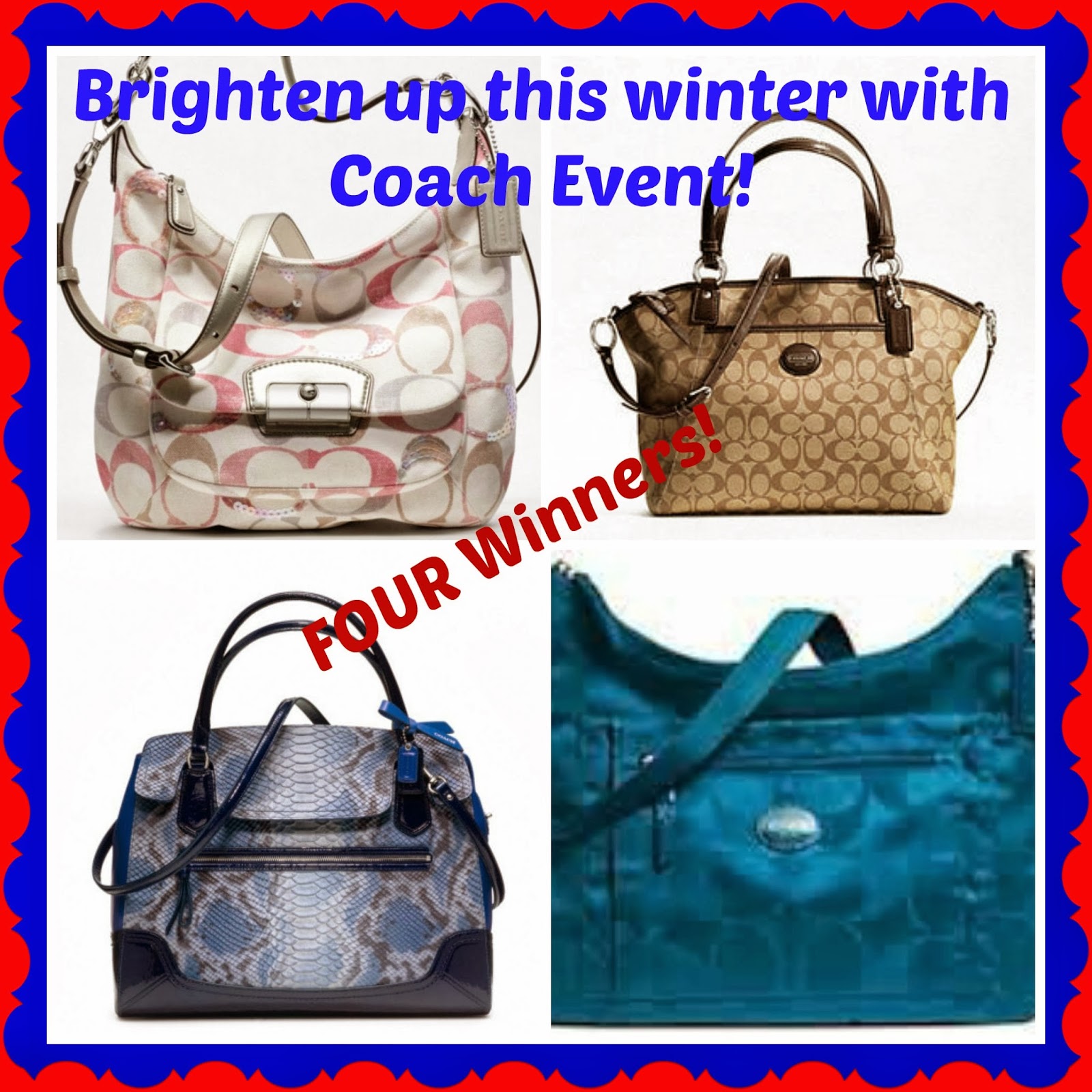 Welcome to the Brighten up your winter with Coach Event! This event is hosted by Dixieland Mom Product & Travel Reviews and co-hosted by Giveaway Bandit, Budget Earth and What's Up Giveaways. Brought to you by Our World Travel.  Visit them online to earn cash back when you book your next vacation! This event is open to the U.S. AND Canada. Must be 18+ to enter. All entries will be verified. We will have four (4) winners! Prizes:
Poppy Embossed Python Large Flap Satchel-$598 Getaway Signature Packable Tote $158 $358 Kristen Embellished Signature Domed Satchel  Peyton Signature Tote-$328 Winner will be chosen via Random.org. Winner has 24 hours to respond to the email, if no response is received, winner will forfeit the prize and a new winner will be chosen. All tasks are optional, however the more tasks you complete the more entries you earn. This event will run from February 1st, 2014-February 15th, 2014.

Say "I Love You" In-Canvas Event

Say “I Love You” In-Canvas Sweepstakes Sponsored by: PrintSmart.Co ~ Organized by: Mom Powered Media We are excited to share with you an amazing deal: 4 – 16×20″ Canvas Prints for $79 with Free Shipping. {Only $19.75 per canvas!} 1″ thick gallery-wrapped canvasesPrinted at the high photographic quality of 2880dpiImage is mirror wrapped – reflected on wrapped edges, ensuring full image is displayed on face of the canvasUV fade-resistant coating is applied to all canvas printsArrive ready for hanging on a black wooden frameAccepts all major photo file formatsFree shipping! To Redeem, visit: https://printsmart.co/shop/canvases/canvas-prints/ and use code: 4canvas Turnaround time is 3 weeks. One Grand Prize winner will receive a $500 Visa Gift Card and 10 additional winners will each receive 16×20″ Canvas Prints from PrintSmart.co.
Wow what a fantastic giveaway!! Not only do you get prints but also the Gift Card!! That is awesome!!! The best of luck to everyone that enters to win this grea…
Post a Comment
Read more 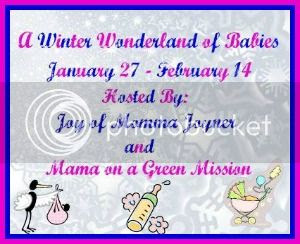 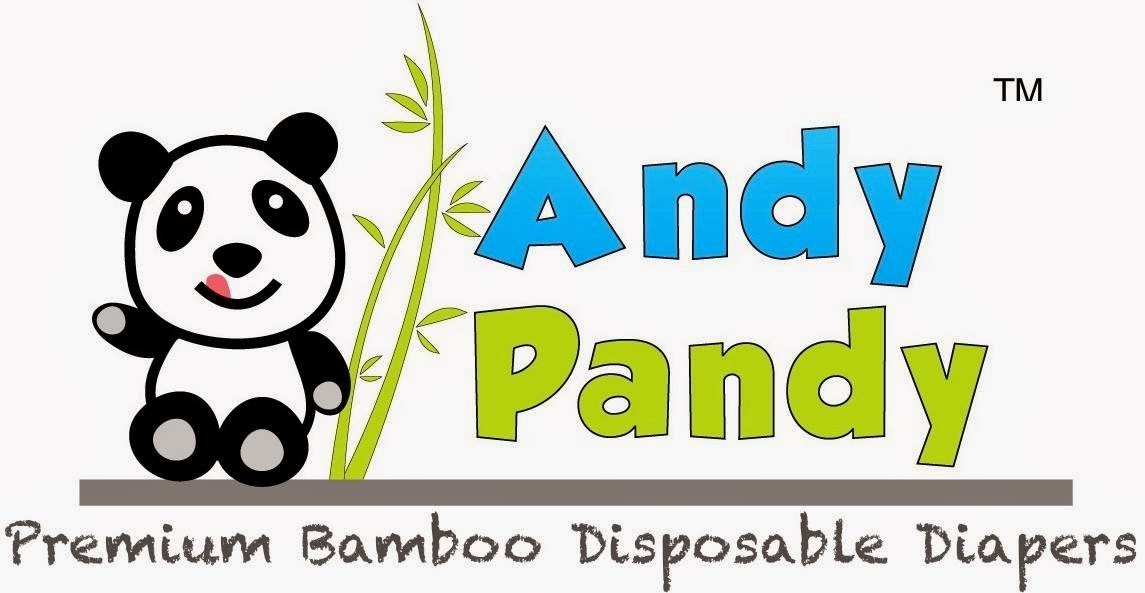 Welcome to the Andy Pandy Bamboo Disposable Diaper Giveaway!  A biodegradable, bamboo disposable diaper free of perfumes, latex and antioxidants! 100% chlorine free!
Hosted by: Crunchy Livin Mama Style Sponsored by: Andy Pandy Diapers Co-Hosted by: Mommys Craft Obsession
Crunchy Livin Mama Style received 2 packs of diapers from Andy Pandy Diapers in exchange for her honest review.   This blog has not been compensated in the promotion of this giveaway.

Andy Pandy Premium Bamboo Disposable Diapers products were driven by their love for the plant and their children.  Bamboo is one of the fastest growing plants in the world without any chemical fertilizers that is also soft yet strong. This makes it a great resource to use. Andy Pandy Diapers are biodegradable and eco-friendly, while being free of Phthalates, Latex or Antioxidants.  They are also 100% Chlorine Free and perfume free.  They are naturally hypoallergenic and antibacterial - making them perfect for even the most sensitive skins.The …
Post a Comment
Read more

Welcome to the RECARO Performance RIDE Giveaway! Sponsored By RECARO and Hosted by More Than Mommy

RECARO boasts more than 100 years designing safe and comfortable seats, that they have now brought to child and infant car seats. Featuring side-impact protection, soft touch head restraints (made with PUR memory foam!), a 5 point harness, Easy Adjust technology and more.
Available in 9 color combinations, the RECARO is design, safety and comfort all in one beautiful, comfortable seat. You can find a full review from More Than Mommy.

This looks like a cool looking ride for your kiddos. Good luck to everyone that enters.
One lucky reader is going to win a RECARO Performance RIDE car seat in the Slate color. Simply enter using the Rafflecopter form below, if you are a resident of the U.S. and 18+. One entrant per household, please! To keep up with new updates from RECARO, check them out on Twitter and Facebook.