UBC Day 6 – Do you take the weekends off? If you’re a work at home/stay at home mom do you get the chance to take off the weekends if you want to? For me, being a work at home woman, I work on Saturday’s usually for about half the day or so and then always take off on Sunday’s to where that is my relaxation day and the evening I relax while catching up on my blogging emails! I used to be the type to work 7 days a week! That got old really fast1 I only worked a few hours on Sunday’s never all day but it still got old and tiring for not having a full one-day off a week! I would say take at least 1 day off a week b/c it will wear you down and you will feel so much better after you’ve had a nice day to relax and just refresh so to speak for the upcoming week! Tweet LISA-QUEEN OF RANDOM claims no credit for any images posted on this site unless otherwise noted. Images on this blog are copyright to its respectful owners. If there is an image appearing on thi
Post a Comment
Read more

Random Thoughts - Potus is an embarrassment to us all!

Hello everyone, I just wanted to give my thoughts about a few things today. Yesterday I believe it was I’m going to say 90% of the US rec’d a “Presidential Alert” on their cell phones, me being one of the millions of Americans that did. I don’t agree with this one bit! Like a friend of mine said, if someone hacks into it then what? I don’t think that anyone should be able to, especially this embarrassing clown that is in the White House right now has the right to send messages to everyone’s phone! I don’t like him, I don’t think he deserves to be in the WH and the man is simply a con artist and a criminal and needs to be kicked out right now! He needs to be taken out in cuffs and thrown behind bars where he deserves to be!!! Anyone else in this country that has done the crap (criminal things that he’s done) would of already of been thrown in jail! So why haven’t we thrown him behind bars yet??? Because he’s the POTUS??!! NO!!! He has all kinds of crimes that he’s done and
Post a Comment
Read more

Title: Commander Series: Politics of Love #3 Author: Sienna Snow Genre: Contemporary Romance Release Date: October 4, 2018 Blurb I am Tara Zain. Human rights attorney, the Commander to my colleagues in international affairs, and fiancee to the most powerful man in the country. I've learned love is a useless distraction. Money and status are the true motivators, and powerful alliances are much more important than romantic entanglements. My passion is my work, and nothing, not even the promise of happily-ever-after, will keep me from accomplishing my mission. This is why I've made a bargain with the one man who shattered my heart years ago. He's proposed that I stand by his side and foster the beginning of a new political dynasty. But I have secrets. Secrets that could destroy not only this man and the passion we've rekindled but the very laws of the nation he has sworn to uphold. I am Tara Zain. Future First Lady
Post a Comment
Read more

Title: Reclaiming Brave Series: The Kane Brothers #3 Author: Gina Azzi Genre: Contemporary Romance Cover Design: Regina Wamba Release Date: October 29, 2018 Blurb It was supposed to be one night. But then it became so much more. She’s pregnant.  Sierra: I never anticipated the two pink lines, the shock of pregnancy, from one night with Denver Kane. Sure, I’ve been hot for him since before he realized I existed. But that doesn’t mean he’s about to become a family man. Even if I’m having his baby.  Denver: She was off-limits, my little sister’s best friend. Until I crossed the line, not knowing it would change everything. Now she’s pregnant and my future looks different. I want to share in her sunny optimism and believe in new beginnings. Except I’m not cut out for it. Not anymore.  But I can’t walk away from her, from them, and the crazy thing is, I don’t want to.  ADD TO GOODREADS Pre-order Links B&N / KOBO
Post a Comment
Read more

Release Boost ---- Once Upon a Scandal by Madison Faye 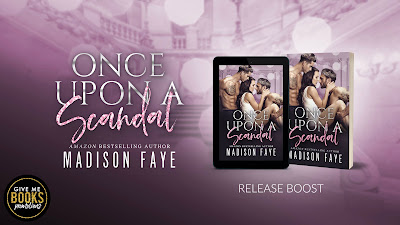 Title: Once Upon a Scandal Series: Royally Screwed #6 Author: Madison Faye Genre: Contemporary Romance Release Date: October 1, 2018 Blurb Once upon a time, a nobody met a prince. Then she met his best friend, a second prince. Then she learned they like to  share , and that’s when things got interesting. That’s when things got downright  scandalous . My life has never been a fairytale. Absent parents, a grandmother gone too soon, and a job working the kitchens for the most heinous bitch in the Kingdom of Bandiff. But that’s before I sneak into the hottest royal ball on the planet. That’s before I waltz right into  them . The McDermott Princes. Princes, plural. There’s  two  of them – both gorgeous beyond belief, alpha as hell, and more tempting than sin. Both with their eyes on me and both with that look that says that I’m  theirs. Two princes, one baker. This might sound like too many cooks in the kitchen, but they say they
Post a Comment
Read more

Title: Coming Home Series: Welcome to Carson #7 Author: Renee Harless Genre: Romantic Suspense Release Date: October 3, 2018 Blurb Sometimes even the nerd gets the girl. One too many nights sleeping in front of his computer has made Jameson a rising star in the technology world. But when a mysterious woman seeks the help of his family he puts his career on hold to protect her. She shows him that there is more to life than a computer screen one kiss at a time. Now, if only he can convince her to stay. After losing her parents in a tragic accident, Poppy spent her childhood being raised by her elderly grandmother only wanting the chance to find the same love that her parents had. Her knight in shining armor turns out to be her nightmare and Poppy is left racing with her two daughters toward the last place she remembers feeling safe. But she never expects to find security in the arms of a career-driven tech geek. ADD TO GOODREADS
Post a Comment
Read more 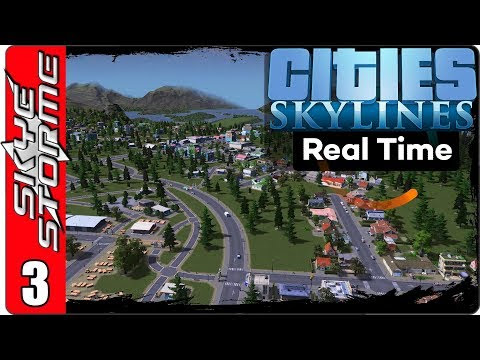 Tweet LISA-QUEEN OF RANDOM claims no credit for any images posted on this site unless otherwise noted. Images on this blog are copyright to its respectful owners. If there is an image appearing on this blog that belongs to you and do not wish for it appear on this site, please E-mail with a link to said image and it will be promptly removed
Post a Comment
Read more
More posts