Out of Character Tour and Giveaway!

Out of Character by Molly Zenk Genre: Contemporary Romance, Inspirational 238 pages
After the loss of her brother, actress Harmony Jones struggles with daily life. Landing the lead role on the hit faith based living history show, 1700s Life, might be the perfect way to reconnect with her faith and be her big acting break.

Tired of hiding his strong faith and convictions to get secular roles, David Hawkins jumps at the chance to play the curate on 1700s Life. It's the perfect vehicle to spread God’s word.
Elliot Banes’ career needs an image makeover, so he accepts the naval hero role on 1700s Life. Getting away from his overbearing mother is an added bonus. His true hope is to learn to speak his mind instead of always fading into the background.
When a scripted love triangle between Harmony, David, and Elliot becomes a real life love triangle, Harmony must make a difficult decision. . She hoped to find her wavering faith, she didn't count on finding love as well. If that was her o…
Post a Comment
Read more

A baby is all I've ever wanted. After almost dying on the operating table, I despise everything about motherhood, especially the little girl I brought into this world. It makes me sound awful; hell; I am awful. How can I make myself fall in love with a baby I feel no attachment to?
Tyler

I don’t recognize my wife anymore. When I thought I might lose Emma during our baby’s delivery; she survived only to reject the baby I love so much. When I hold this baby, I fully understand unconditional love. How do I make the woman I love want this little girl I would move heaven and earth for.

Release Boost for She Asked For It by Willow Winters


Blurb
DON’T JUDGE A BOOK BY ITS COVER.  You’ll tell me you don’t… but you already think you know what my story’s about.
You have no idea.  Just like the people sitting in this courtroom.  She asked for it.  That’s what they keep saying.
And no, it’s not because my skirt was too short or I was drunk at a party.  It’s nothing like that.  It’s because of what I like and how I like it.
They’re judging me as I sit in the front row, my eyes drawn to the man on trial.  If I’d known it was going to end like this, I never would have gone home with him.  But he’s the type of man I just can’t say no to.
I wanted to feel his lips kiss down my neck.  I dreamed of running my fingers along the rough stubble on his jaw. I craved his hands on me, pinning me down. I needed to whisper his name in the dark, late at night.
You still think you know what happened? You don’t.  He’s innocent and I enjoyed every second I was …
Post a Comment
Read more 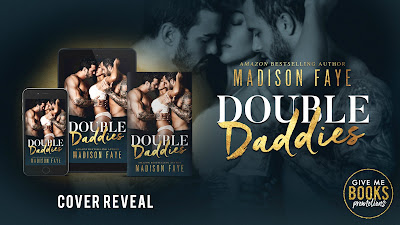 
Blurb
Two older men who want to share, To punish, and train, and make me theirs. Four firm hands to spank and tease, Two big daddies are what some brats need…

She’s off limits in too many ways to count.
Too young. Too untouched. Too much my deadbeat sister’s step-kid.
Five-foot nine and one-hundred and eleven pounds of pure. F**king. Temptation.
She’s got no business living in this big old house with me and my best friend – two rough, hardened ex-marines more than twice her age. But she’s here, under my roof and under my rules.
…and she’s breaking every one of them.
Staying out late, flirting with boys, acting out, and being a royal brat every chance she gets. She’s been pushing her luck and getting away with murder the last month but that all stops now.
Because in this house, we have rules, and it’s time Kenzie Gates learned what happens to bad girl who break …
Post a Comment
Read more

Release Blitz for A Dungeon, a Vampire and an Infatuation 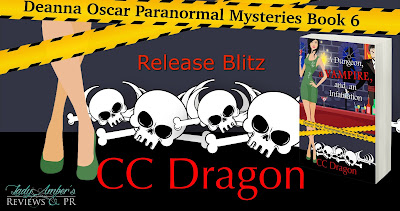 Blurb: Who can have a personal life when an infatuated and possibly demon infested man is luring a dear friend to the dark side? Deanna has to try but she does have a team of angels on her side to help! Problems with a creepy little church that belongs in the 1800s converge with an evil bar that keeps changing hands and names but the darkness never fades. The vamps need to go! Mary Lou is out to prove her independence or is she rebelling when she plays with the bad boys? A crazy ex and a murder hit way too close to home and have the gang spinning in different directions. Everyone is off their game and looking to establish their own alibis while chasing down all the bad guys and uncovering the murderer. Just another tale of Deanna Oscar and the gang out to fight evil and save the innocent people of New Orleans. A loyal Chicago girl who love…
Post a Comment
Read more

Rhuna – Keeper of Wisdom A Quest For Ancient Wisdom Book 1 by Barbara Underwood Genre: YA Urban Fantasy, Paranormal
In the ancient, mystical past when an idyllic Atlantis-like civilization flourished, its people with exceptional powers could build giant stone structures like the Pyramids, and transform elements such as sand to stone and metal to gold with concentrated energy of the mind.
This utopian Atlan Empire is rocked when one of its most preeminent Masters rebels and seeks to subvert the ideals of Atlan society. Roaming the countryside in a black robe, misusing his powers on innocent people, he becomes known as the dreaded Dark Master. On a distant and isolated island on the fringes of the Atlan Empire, a young girl named Rhuna comes of age when she meets a man from Atlán and learns that her father was an Atlan Master who was killed in his attempt to destroy the Dark Master. Journeying across oceans and ancient worlds, Rhuna learns to master her inherent mental powers, transforming…
1 comment
Read more
More posts