By Unknown - Wednesday, April 18, 2012
I am still up and going through emails and I got my work organized and fixing to lay down and get some rest and yet there goes the train whistle as loud as possible!! At 1:17am!!! I hate that!! I understand they sometimes need to blow it to forewarn people etc but good grief really this town is not that big nor that busy at 1 something in the darn morning!! They were blowing it an blowing it!! Crazy if you ask me...ugh! Venting!! Now headed to bed, have a great Wednesday
Post a Comment
Read more

I am planning to re-decorate my living room. I have my living room set finally so now its time to get the blinds which I have but haven't put them up because they aren't as long as what they need to be so I am going to get new ones that will look a lot better then the ones that I have now and I am trying to figure out what kind..they have such different ones and what color etc...then I am getting curtains too but I guess I need to figure out if I'm going to repaint the whole room or how I'm going too and what color...The room right now has the top half a beige color and then the bottom half brown...its not that ugly but I want to change it at least the bottom so that is what I am trying to decide...fun trying to re-decorate everything...And then the curtains   I'm going to look through some blinds and colors and trying to figure out what to do and then post colors and see what others opinions are....I decided that I will start on the living room and go from t
Post a Comment
Read more

By Unknown - Sunday, April 15, 2012
I am slowly but surely getting caught up with everything and will try to continue to keep on track!   Thoughts and prayers to everyone out there that is being faced with the crummy weather. We are getting it too but off and on and not so bad, just rain now and again.   Bee Gee's singer Robin Gibb, thoughts and prayers are going to him and his family as he lays in the hospital in a coma...I love the Bee Gee's and I hope and pray that he come out of it soon and can recover fast.   Yahoo groups - wow I have joined some great groups and these people like to share!! ALOT!!! My inbox is filling up as fast as I can clear it out some its filling up more! I am going to keep going through them and then I might have to do a mass delete to not lose anything important in the mix!   My new phone coming soon - hopefully I will get it in the beginning of the week. I am not patient with the mail and getting things fast these days! I want it now now NOW! So hopefully it won't ta
Post a Comment
Read more 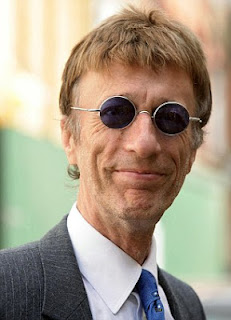 Critical: Robin Gibb's son RJ says the family are praying for his father, who has slipped into a coma Robin Gibb's son has said he'll do 'anything' for his father to recover. The iconic Bee Gees singer slipped into a coma on Friday and doctors fear he has days to live. Robin-John, known as RJ for short, said: 'My dad has had a hard recovery from cancer. 'When you get rid of the cancer a lot of periphery problems can occur. This is so sad.' He told The People that everyone the family were 'praying' for a recovery and that he felt honoured to be living in his father's shadow. RJ added: 'If people say that I’m living in my ­father’s shadow, all I can say is what a great shadow that is to be living in.' The 62-year-old star made a recovery from liver and colon cancer this year, but doctors believe a second tumor may be present. He has also developed pneumonia. His wife Dwina, brother Barry, 65, da
Post a Comment
Read more
More posts