Her Final Watch A Detective Blanchett Mystery Book 2 by Marguerite Ashton Genre: Mystery, Thriller Speaking second-hand truths can be deadly … Detective Lily Blanchette will stop at nothing to solve a murder. Her current case involves the killing of an undercover cop working to bring down the mob for prostitution and drugs. But Lily's usual laser-like focus on the case has been disrupted. Two weeks earlier, she learned she was pregnant by her murderous husband whom she'd killed in self-defense. Unsure whether to keep her baby or place the child of this cruel man up for adoption, Lily keeps the pregnancy a secret from her colleagues. Under mounting pressure to solve the case, Lily arranges a sit-down with a local mob boss only to find out her suspect is also wanted by them. But before Lily can warn her team, she and her new partner, Jeremiah, are shot at, and another body is found. When she discovers Jeremiah has a connection with
1 comment
Read more 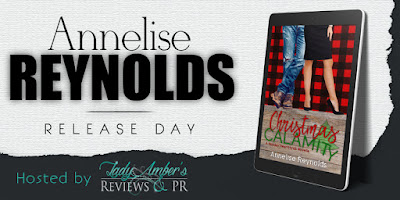 Title: Christmas Calamity Genre: Holiday Romance, RomCom Cover Designer: Dark Water Covers Hosted by: Lady Amber's PR   Blurb: Jane Grant hates Christmas because every year a new calamity awaits… Jane’s being exiled from the Big Apple to Big Sky Country for the holiday season to help her boss’s best friend save his family’s ranch. She’s trading boardrooms for pastures and meetings for family gatherings. Unfortunately, her job is on the line a, and her luck has run out. Colt Jackson is a hard working single dad at the end of his rope When he breaks down and asks his best friend for some help in hopes of saving his family’s legacy for his son, he never imagined his friend would send a prim and proper, walking, talking catastrophe his way. With the holiday season throwing snowballs their way, will Jane and Colt be able to dodge them long enough to get the job done and the go their separate ways? Or will each Christmas Calamity change their luck for the
Post a Comment
Read more

Blog Tour for Flowers in Winter

Flowers in Winter Hart of Rock and Roll Book 5 by Mary J. Williams Genre: Contemporary Romance A HART OF ROCK AND ROLL HOLIDAY ROMANCE Tula Carson knows what her future holds. A good life. A secure life. Safe. Steady. Boring. She has no one to blame but herself. She chose the path she's on. But, she wants something more. Something different. Now. Before it's too late. Fleet Sherman is a Rock God. And he isn't afraid to enjoy the perks. Money. Fame. Beautiful women. As far as he's concerned, his life is perfect. Until he meets smart, funny, talented, frustrating Tula Carson. The one woman he can't resist. The only woman he can't have. On the surface, Tula and Fleet seem worlds apart. She grew up loved. He just wants to forget his childhood. She's led a sheltered life. He's experienced everything life had to offer. Yet, from their first meeting, they clicked. Tula has a chance to fulfill her dreams. But the
Post a Comment
Read more

My Journey, my story 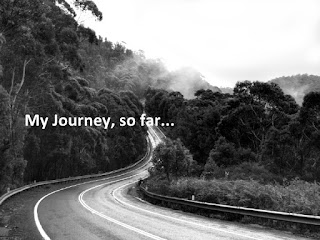 Hi everyone, I want to share some of my story of being on my own that might help or inspire others to do the same and know it can be done! I know that there are a lot of single women and moms out there and sometimes you might think that you just can’t do things on your own and you have kids to take care of, the house, working and whatever else and you just start to feel overwhelmed. I get that, I’ve been there and done that! And there is one thing that I’ve learned from being on my own and taking care of everything that is on my shoulders and feeling overwhelmed … you can do it!! Take a little time even just a few minutes a day right after you get up or maybe right before bed for yourself just to relax and not stress over what needs to be done or what should have been done etc. You can do this on your own!! There are thousands of us that have been there and made it through just fine. Yes, it can get stressful not saying it won’t be and yes it is hard until yo
Post a Comment
Read more

Book Tour for The One Apart 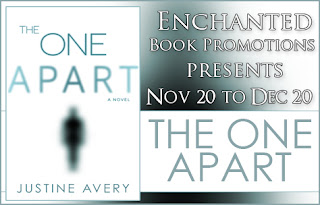 About the Book Title: The One Apart Author: Justine Avery Genre: Paranormal Only one obstacle stands in his way of enjoying a normal life. He remembers—every life he's lived before. Tres is about to be born... with the biggest burden any has ever had to bear. He is beginning again—as an ageless adult trapped in an infant body. He and his teenage mother face life filled with extraordinary challenges as they strive to protect, nurture, and hide how truly different he is. But Tres alone must solve the greatest mystery of all: who is he? The answer is linked to the one question he's too afraid to ask: why am I? In his quest, Tres discovers that all is considerably more interconnected and dynamic than he could ever imagine—and fraught with far more danger. He cannot hide from the unseen threat stalking him since his birth. Life as he knows it—as all know it—is in peril. And Tres is the only one aware. Author Bio Justine Avery is an award-winni
Post a Comment
Read more

Release Blitz for Ashes to Ashes by Rebecca Norinne 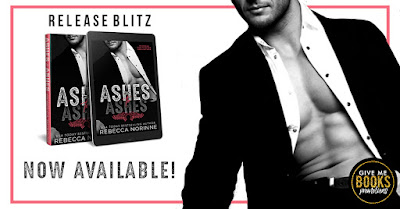 Title: Ashes to Ashes Author: Rebecca Norinne Genre: Steamy Contemporary Romance Release Date: December 13, 2017 Blurb I had it all, or so I thought. Until my husband betrayed me and my entire world came crashing down. I turned to alcohol and sex to numb my pain—a different city each night, a new man in my bed. But I’m sober now, and I’m working my way back up the country music charts.  But then the death threats started and I needed protection. When my new bodyguard walked in the room, I couldn’t believe my eyes: the one man from my long spiral down who I never forgot. The one who played my body like an instrument. Now we’re on the run from a madman and all I want is to forget about everything. To pretend this isn’t my life. To lose myself in him. So I let him take control. I tried telling myself it was only sex, but I've done the unthinkable: I've fallen in love with a man who can never love me back. Because Ash has demons of his
Post a Comment
Read more 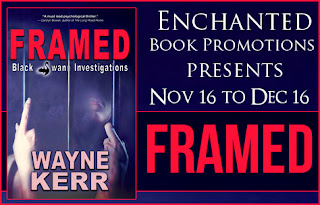 About the Book Title: Framed – A Black Swann Investigation Author: Wayne Kerr Genre: Mystery / Thriller Toronto’s newest homicide detective, Reggie Swann, seemed to have it all: great career, handsome husband and plans to start a family, until she was framed for murder… A cop has very few friends in prison.  After surviving ten brutal years behind bars, Reggie’s conviction is finally overturned thanks to her tenacious mother, a new forensic test and a very clever lawyer. She quickly discovers that getting her old life back won’t be as easy as she hoped. To many, she was still as the media had dubbed her: ‘Black Swann – murderer and cop-gone-bad’. The Toronto Police Department still considers her to be a suspect, Reggie’s husband has remarried and the real killer is still on the loose. Before Reggie can return to Toronto and solve the crime that ruined her life, she reluctantly agrees to investigate a murder in her home town of Penticton, only to discover the two
Post a Comment
Read more
More posts