A very Momentous and Historic day today in the US #ImWithHer 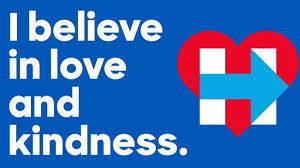 I am a proud American, but, indeed it does break my heart to a point of what my country is coming too...has turned into! We don't need someone that is more of a name calling bully then a strong mature person!! We don't need someone that is out there making fun of people and calling anyone and everyone names because of whatever little piddly reason and then turning around and denying things that came out of his own mouth! And NO I'm not stating that she is perfect, she's not. She has her faults as well BUT there is a difference, she has an appearance to herself that the person that is going against her doesn't have! In the debates he was RUDE and kept interrupting nto only her but the moderators! That is just RUDE and it looks to me like he thinks that he is the ONLY one that needs to be heard etc. He is a nasty talking person not only towards women but towards other races and such and I find that is very irresponsible for somone that wants to run a country!! Someone that can't even control his mouth and keeps putting his foot in it!! Not to mention someone that can't run a business and says that he's "Smart" for not paying taxes? Seriously? Immature jerk! Just my thoughts and my opinions and no I don't do politics and usually don't give a flip but, honestly how can you be an American and not be involved! How can you stand by and let your party (Republicans) stand by and let him do and say the things he does and EMBARASS not only the USA but the Republican party as well.

I want to be another part of history made today/tonight. I am proud to say that yes I voted to Obama back in 2008 and I would do it again!! I believe that he's done good. Again, has it all been good, well of course not, no one is perfect we all make mistakes but look at the numbers. He's brought jobs up and the unemployment down. That's what we need and want a flipping bully in office that will go off and interrupt people when he doesn't get his way like a 2-year old TODDLER! 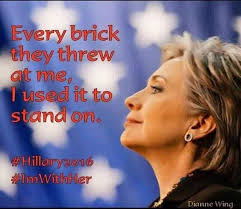 I want to be a part of this moment in history when not only the FIRST woman hopefully wins this election but, I hope that she wins by a landslide! I know that Trump will throw a fit and not be happy and be his sore loser self no matter what! But it is a historic night no matter what happens! I really hope that she gets it because I don't want a toddler in the white house!!!