Book Tour for All We Buried by Elena Taylor For fans of Julia Keller and Sheena Kamal, All We Buried disturbs the long-sleeping secrets of a small Washington State mountain town.

Interim sheriff Elizabeth "Bet" Rivers has always had one repeat nightmare: a shadowy figure throwing a suspicious object into her hometown lake in Collier, Washington. For the longest time, she chalked it up to an overactive imagination as a kid. Then the report arrives. In the woods of the Cascade mountain range, right in her jurisdiction, a body floats to the surface of Lake Collier. When the body is extricated and revealed, no one can identify Jane Doe. But someone must know the woman, so why aren't they coming forward?

Bet has been sitting as the interim sheriff of this tiny town in the ill-fitting shoes of her late father and predecessor. With the nightmare on her heels, Bet decided to build a life for herself in Los Angeles, but now it's time to confront the tragic history of Collier. The more she learns, the more Bet realizes she doesn't know the townspeople of Collier as well as she thought, and nothing can prepare her for what she is about to discover.

Sheriff Bet Rivers leaned back in her chair and gazed out the office window at the shifting light on Lake Collier. Bright sun- light cast up sparkling diamonds as a late-summer breeze chopped the surface—turquoise-blue and silver. The fragment of a song from her childhood teased her mind—silver, blue, and gold. She hummed the tune under her breath.

Red and yellow leaves turned the maple trees in the park across the street into Jackson Pollock paintings. Hard to believe Labor Day weekend ended tonight. Somehow summer had slipped by and fall had snuck up on her as she tended to her new position.

If she had still been in Los Angeles, she’d have been a detective by now. Instead, she was back in her tiny hometown with a job her father had tricked her into taking.

With the detective exam available only once every two years, it meant putting her career on hold. But her father had never asked her for anything; how could she say no?

He never said he would die, turning her “interim sheriff” position into something more permanent.

Her father always knew what cards to play. Competition. Family. Responsibility. Loyalty. Collier. A perfect straight. He’d used them all this time, as if he’d known it would be his last hand. No easy way to extricate herself now, short of gnawing off her own foot.

The sound of instruments tuning up pulled her attention to a trio set up at a bench outside the market across the street. The raised sidewalk and false front of the old building made the perfect backdrop for their performance. Collier relied on tourism for much of its income, and the local musicians encouraged visitors to stay longer and spend more.

A beat of silence followed by a quick intake of breath, the unspoken communication of musicians well attuned to one another, and the trio launched into song.

Church of a different sort. Bet could hear her father’s words. I don’t know if there’s a God, Bet, but I do believe in bluegrass.

The music produced a soundtrack to her grief. The banjo player favored the fingerpicking style of the great Earl Scruggs. Loss etched in the sound of three-part harmony, Earle Rivers’s death still a wound that wouldn’t close.

She recognized the fiddle player. She’d babysat him years ago. It made her feel old. Not yet thirty, she wasn’t, but as the last generation of Lake Collier Riverses, the weight of history fell heavy on her shoulders. In a line of sheriffs stretching back to the town’s founding, she was the bitter end.

Looking down at her desk, Bet eyed the new fly she’d tied. The small, barbless hook would work well for the catch-and-release fishing she did, and the bright yellow and green feathers pleased her. The only thing she’d missed while living in California. Surf fishing wasn’t the same.

I should name it in your memory, Dad. The Earle fly. Her grand- father had named him after Scruggs, but her grandmother added the e because she liked how it looked.

Bet imagined her father’s critical response to her work, the size of the hook too dainty for his memorial.

Bet “spoke” with her father more now, four months after his death, than she’d ever done when he lived. Another burden she carried. The conversations they’d never had. Things she should have asked but didn’t.

She took a deep breath of the dry, pine scent that drifted in through the open windows, filling the room with a heady summer perfume. She should get up and walk around, let the com- munity see she was on the job, but her body felt leaden. And it wasn’t like anyone would notice. She could vanish for hours and it wouldn’t matter to Collier; no one required her attention. Not like they had depended on her father. His death still hung over town like a malaise, her presence an insufficient cure no matter what Earle might have believed when he called her home.

Before her father’s illness, she’d had a plan. First the police academy, then patrol officer, proving she could make it in Los Angeles as a cop. She’d envisioned at least twenty years in LA, moving up the ranks—something with Chief in the title— returning home with a long, impressive career before stepping into Earle’s shoes.

Too late, she’d realized he wouldn’t get better. He’d brought her home for good.

Stretching her arms above her head, she walked her fingers up the wall behind her, tapping to the beat of the music. Anything to shake off the drowsiness brought on by the hot, quiet day and long nights of uneasy sleep.

The coffee stand beckoned from across the street, but the sound of the front door opening and the low, throaty voice of the department’s secretary, Alma, stopped her from voyaging out. A two-pack-a-day smoker for almost forty years, Alma sounded a lot like Lauren Bacall after a night of heavy drinking. She’d given up smoking more than twenty years ago, but even now, as she edged into her seventies, Alma’s voice clung to the roughness like a dying man to a life preserver. Bet hoped the visitor only wanted information about the community and Alma could answer.

No such luck. The efficient clop of Alma’s square-heeled shoes clumped down the scarred floors of the hallway, a counterpoint to another set of feet. Bet brought her hands down off the wall and automatically tucked a wayward curl of her auburn hair back up under her hat before Alma arrived, poking her birdlike head around the wooden frame of the door. Gray hair teased tall, as if that would give her five-foot frame a couple extra inches.

“Bet?” Alma always said her name as though it might not be Bet Rivers sitting behind the enormous sheriff’s desk. Bet assumed Alma wished to find Earle Rivers there. She wondered how long that would last. If Bet threw the upcoming election and fled back to Southern California, leaving her deputy to pick up the reins, maybe everyone would be better off, no matter what her father wanted.

“Yes, Alma?” “I think you’d better listen to what this young man has to say.” The “young man” in question could be anywhere under the age of sixty in Alma’s book, and as he stood out of sight down the hallway, Bet had little to go on.

“Seems he found a dead body floating in the lake.” Elena Taylor lives on the banks of the middle fork of the Snoqualmie River in a town made famous by Twin Peaks. When she's not writing or working one-on-one with writers as a developmental editor, she can be found hanging out with her husband, dog, and two cats. Her favorite place to be (besides home) is the stables down the road, with her two horses Radar and Jasper.

Visit these other great hosts on this tour for more great reviews, interviews, guest posts, and giveaways!

This is a rafflecopter giveaway hosted by Partners in Crime Virtual Book Tours for Elena Taylor. There will be 2 winner2 of one (1) Amazon.com Gift Card each. The giveaway begins on September 1, 2020 and runs through October 2, 2020. Void where prohibited.

Tweet
LISA-QUEEN OF RANDOM claims no credit for any images posted on this site unless otherwise noted. Images on this blog are copyright to its respectful owners. If there is an image appearing on this blog that belongs to you and do not wish for it appear on this site, please E-mail with a link to said image and it will be promptly removed
Book tour Book Tour and Giveaway Books 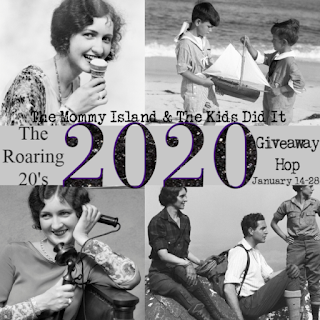 Welcome to the 2020 Roaring 20's Giveaway Hop! If you would like your chance to win a $25 Amazon Gift card or Paypal cash please enter below for your chance to win! Good luck to everyone that enters!! Entry -Form Winner has been emailed! And if you love entering, why not check out the other bloggers that are involved in this hop! <!-- end InLinkz script --!> Tweet LISA-QUEEN OF RANDOM claims no credit for any images posted on this site unless otherwise noted. Images on this blog are copyright to its respectful owners. If there is an image appearing on this blog that belongs to you and do not wish for it appear on this site, please E-mail with a link to said image and it will be promptly removed
Read more

Audio Blast for if by Randi Cooley Wilson

♥ ♥ ♥        If you knew love would hurt you, would you fall? If you knew love would leave you, would you let it go? If you knew love could never be, would you try? From bestselling author Randi Cooley Wilson comes a gut-wrenching love story about heartbreak, second chances, and letting go. The ifs that linger between the pages of this novel will break your heart and stay with you long after the final chapter. Emerson Shaw thought she’d left her old life behind her, but when she returns home for her best friend’s wedding, she has no idea her past is waiting to reclaim her. Dark and broken, Lincoln Daniels never wanted to find love. But when he met straight-laced Emerson, he fell. Hard. The only thing they seemed to have in common was an undeniable mutual attraction, but from the moment he laid eyes on her, there was something about her that called to him. Until he lost her. Tormented by demons and consumed by dark desires, it took years to slowly glue
Read more